The HUNTER vs. The HUNTED

The War is Within, and Every Hunter Knows the Battle is Won in the Mind.

The dominate hitter is “The Hunter!” The Hunter hits with a weapon, he’s proactive, confident, hungry, determined to eat! He’s on offense, in pursuit, ready to ambush, ready to ATTACK! The Hunter Plans the Hunt and then Hunts the Plan, waiting in the weeds like a lion waiting for a gazelle. The Hunter loads his swing with prepared eyes, in full anticipation of the speed, pitch and location he is hunting, 100% on-time, with his “A+” swing! GYMR!

The struggling hitter is “The Hunted!” The Hunted hits with a shield, he’s reactive, uncertain, trying not to be eaten. He’s on the defense, being pursued, fidgety and insecure of ambush. The hunted lacks a game plan and clarity, waiting in an open field like a gazelle about to be eaten by a lion. The Hunted loads his swing with unprepared eyes, anticipating multiple pitches and locations, struggling to be on-time and struggling to take quality swings! GYMR!

HUNTING WHILE BEING HUNTED (Irony at its Best)

The Hitter’s greatest challenge is to hunt while being hunted. This great irony arises in baseball because the hitter, who’s on offense, is actually on defense. Baseball’s one of the only sports where this characteristic exists, because in other sports the offensive has the ball. in baseball, the pitcher (who is on defense) has the ball and he controls the tempo of the game, determining what pitches he will attack the hitter with. Being on offense without the ball causes hitters to hit defensively. The defensive hitter (the hunted) is inconsistent, he hits with uncertainty and when uncertain, the hitter is defeated before even swinging the bat. Uncertainty is what successful pitchers thrive on, and when hitters become uncertain they become the Hunted. in the midst of being hunted by the pitcher, the successful hitter becomes the Hunter! Becoming the Hunter has little to do with the count, or with size, strength, age, technique, and everything to do with mindset, game plane, approach and attitude! GYMR!

GET YOUR MIND RIGHT (GYMR)

The Hunter addresses the game with a completely different frame of mind and spirit then the Hunted. The Hunter doesn’t always have the best swing, but what he does have that separates him is his approach, game plan, mindset and attitude. You can literally feel the Hunter, his presence, his confidence, for he is the predator. If the Hunter’s mind isn’t right he becomes the Hunted, the prey. GYMR!

THE PROCESS OF ELIMINATION (the Hunter’s Game Plan)

Hitting is complex and the complexity of hitting brings mental congestion. A congested mind is a by-product of choices and the inability to commit. The Hunter is genius because he removes mental congestion through “the Process of Elimination,” taking “26” options and narrowing them down to “3.”

1. 11 to 1 = The Hunter takes the 11 possible Counts and narrows them down to 1 count (they’re either hunting with less than 2 strikes or with 2 strikes).

2. 6 to 1 = The Hunter takes the 6 possible Pitch Types and narrows them down to 1 pitch type (the majority of the time they’re hunting the fastball).

3. 9 to 1 = The Hunter takes the 9 possible Pitch Locations and narrows them down to 1 location (they’re either hunting “Middle-Away, Take In” / “Middle-In, Take Away” / “Out over the Plate, Take corners” / “Middle-Away, React In”)

Through the process of Elimination, the Hunter makes 5 Distinct Decisions before stepping into the batter’s box:

Scenario: The Pitcher has a medium speed fastball, topping out at 83 mph. He’s throwing fastballs on both sides of the plate and a slurve down and away in the zone. It’s a 1-1 count with nobody on base.

Without a plan of attack, the hitter Mental Multitasks and mental multitasking simply doesn’t work. Mental multitasking is when a hitter has more than one thought in his mind. When the mind is fixed on 1 Variable rather than multiple variables, the mind is capable to 3RP (the ability to Read, Recognize and React with precision unconsciously) quickly, precisely and spontaneously to the multiple variables offered by the pitcher.

Stay Tuned for the Rest of the Story!

In the meantime, get your Trosky Hunter Hitting Products here 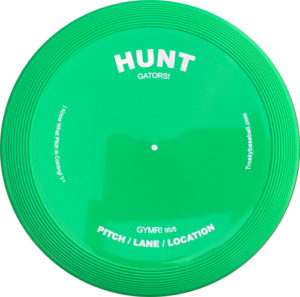 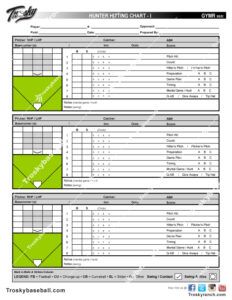 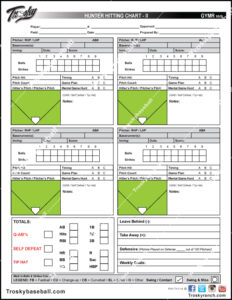 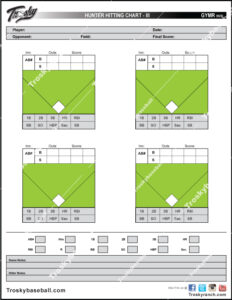 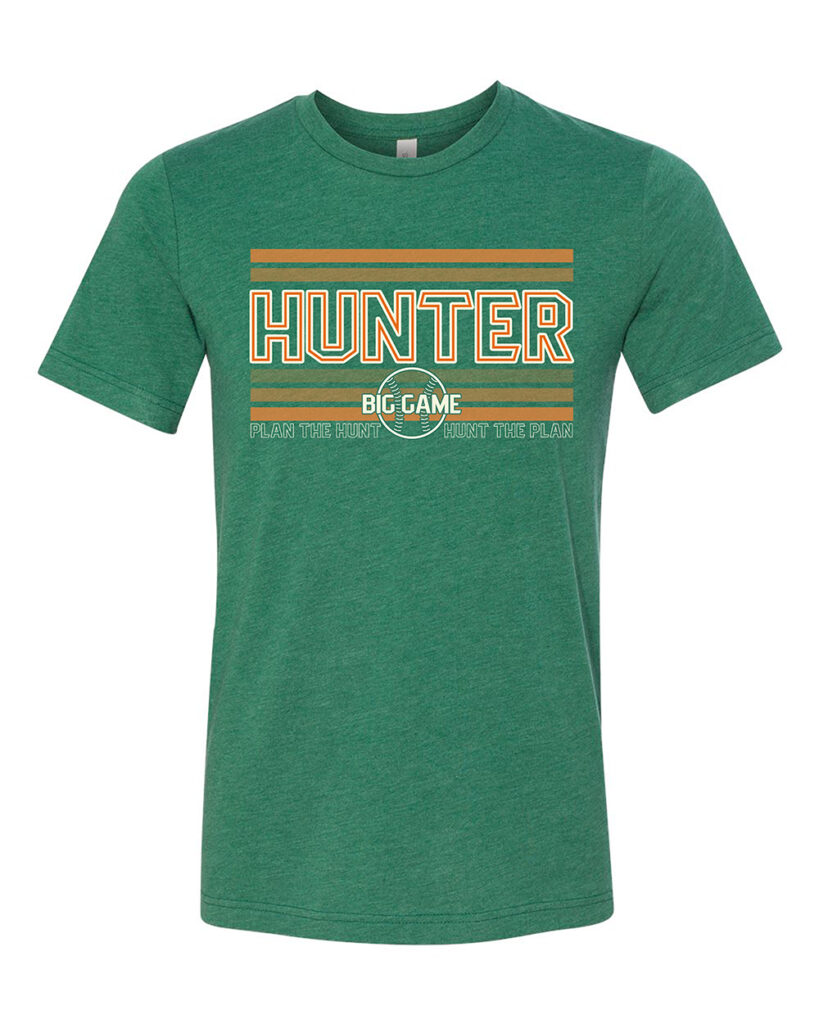 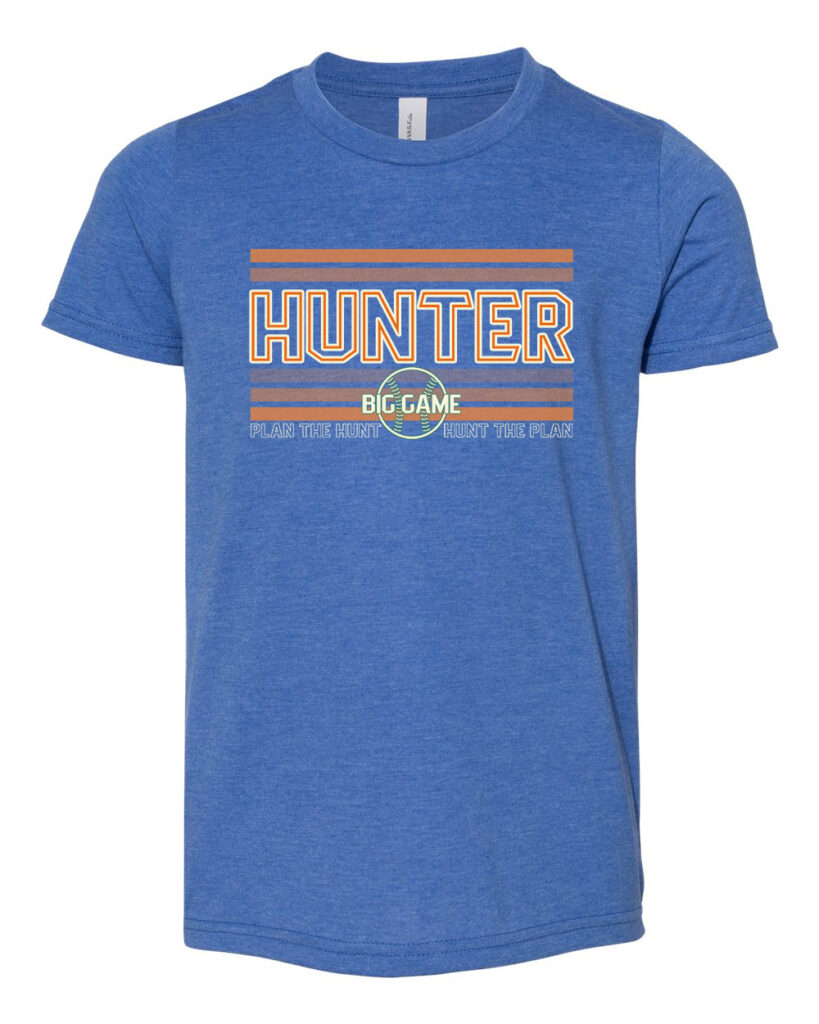