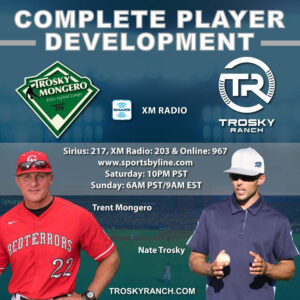 Georg Bull was born 1964 in Mannheim, Germany. As a catcher and third baseman, who also played for the German national team, he was one of the best players of his time, winning national titles with the Mannheim Amigos (1983, 1992), Trier Cardinals (1996) and Untouchables Paderborn (2001, 2002). He was the first German player to play in South Africa and the Dominican Republic.

As a player-coach and manager at the club level Bull was responsible for the Berlin Sluggers, Berlin Bats, Strausberg Sun Warriors and Mannheim Tornados in the Baseball-Bundesliga. As youth and junior coach he won national titles with the Untouchables and the Tornados. 1994 he founded the Baseballworld Strausberg and 2003 the German Baseball Academy (DBA, Deutsche Baseball Akademie). Since 2005 Bull has been the head coach of the German U15 national team. He led them to a silver medal and two bronze medals at European Championships before winning the title for the first time in 2015. In 2012, 2014 and 2018 they participated at the 15U Baseball World Cups in Chihuahua and then in Sinaloa, Mexico and Panama respectively. With the DBA he won the COLT/PONY European Qualifiers several times and participated as first German team at the World Series in the United States or at the World Boys Baseball tournament in Japan in 2015 where he led team Germany to the semi-finals. 2016 Georg Bull started the german U 12 national team program and won the European Championship with the U 12 first time participating. In 2017 he won the European championship U 15 beating all top nations in front of high MLB officials.

Bull has been a speaker at various Baseball clinics including the DBV/ISG Convention as well as at the EBCA convention in the past or worked with different and international organisations like the National team program of Israel just recently and has an excellent reputation as coach in Germany, Europe and worldwide and is well connected. The European Baseball Coaches Association (EBCA) honored him in 2010 with the EBCA Career Achievement Award. In 2015 he was inducted in the German Baseball Hall of Fame.

This show was originally produced as an XM Radio show which can be heard here!